Working from home has its pros and cons. It is certainly easy and economical, but it requires dedicating a space to be an office that still looks good in your home. A Gracie or de Gournay wallpaper would be gorgeous in a small space.

Here are the mistakes I make working at home:

I get up at 5am and start working. A better plan would be to exercise, shower, and eat breakfast first. I am dressed before the deliveries come in, which I learned the hard way…

I work all the time and have to remind myself that it’s okay to log off.

Grazing as I pass through the kitchen is a big problem.

I love lists and this one does not disappoint. Photographer and author Claiborne Swanson Frank, whose third book Mother and Child has stormed Instagram, lists her cannot-live-without things for May Elle Decor—doesn’t get much better than this.

I am in the process of a major spring cleaning—being ruthless. Deciding on what to do with my old magazines. Last time we moved I tossed the 10 years of Vogue issues I’d cast—was cathartic.

Wes Anderson’s new movie, “Isle of Dogs”, got rave reviews from a number of friends. The story, filmed in stop-action animation, sounds interesting.

My friend Kathy confirmed that “An American Marriage” is a memorable book and she also recommended “Tangerine”. We have similar taste in novels so I look forward to both. Having spent (almost) every summer on Martha’s Vineyard, I grew up hearing accounts from the locals of the Chappaquiddick incident in 1969 and am curious if they jibe with the upcoming movie. Last year we only planted herbs and we were sorry late summer to have no vegetables of our own. So, this year we are adding purple artichokes, heirloom tomatoes, beets, and potatoes. It’s the beginning of rhubarb season and I want to make these hand pies that I found on the site Dinner with Julie—yum!

To honor the passing of Dolores O’Riordan, lead singer of the Cranberries, the band Bad Wolves covered ‘Zombie’ and it’s fantastic. It’s no secret that the ’90s were my favorite decade for fashion, it was also the best era in music.

March = spring break and my daughter and I will be in Washington D.C. for a few days. We’re staying at The LINE DC, a boutique hotel that’s a converted century-old church. The Sally Mann exhibition at The National Gallery of Art tops my to-do list while there. I’ll tuck Caitlin Macy’s “Mrs.” into my bag, it came highly recommended.

I don’t know If I’ll get to see the previews this month, but “Three Tall Women” and “The Iceman Cometh” are don’t-miss plays.

Fashion month is about to start and, although I’m not a big show-goer, I am looking forward to Bottega Veneta’s first-ever NYC show on the 9th.  January zipped by, so there are a few things I need to catch up on in February. I’ve seen a few of the Oscar nominated films, but not ‘The Darkest Hour’, and I want to catch the David Hockney exhibition at The Met, which is up until the 25th.   Zadie Smith’s new book ‘Feel Free’, a collection of essays, will be released on February 6 and I’ve already pre-ordered it.

@markdsikes mentioned that he wants to start collecting botanical prints, which reminded me of this post.

Botanical prints are one way to bring the garden indoors during the winter months. These beauties are from One Kings Lane.

Modigliani at The Jewish Museum

If you are in NYC this weekend and looking for ways to beat the deep freeze, put the Modigliani exhibition at The Jewish Museum on your to-do list. I recommend going on Sunday because the newly opened Russ & Daughters is closed on Saturdays and it’s worth a visit. 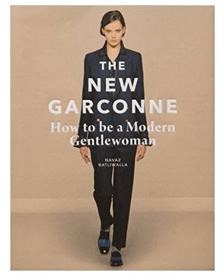 THE NEW GARCONNE: How to be a Modern Gentlewoman 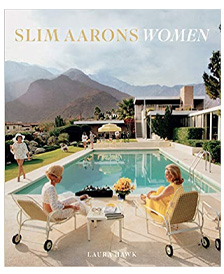 by Tina Barney and Peter Galassi 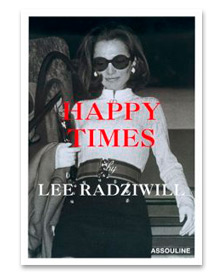 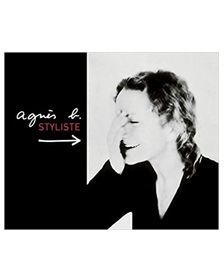 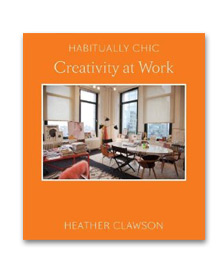 WHAT IS THE BEST CREAMY WHITE PAINT COLOR?

To see, or not to see your food

It makes me happy.

Vogue has the scoop on the upcoming auction.

Wendy Goodman's story in Elle Decor is a must-read.

It's easy to add a pop of color with these gorgeous linens.

Habitually Chic has must-read posts on Lee and Marella's homes.

Life is a Circle

My mother's mid-20th-century furniture is now in my home.